The History of Skimboarding: Who, What, Where, When, and Why?

Imagine going to the beach one day and spotting someone walking along the shore with a board tucked under their arm.

You watch as they stop near the edge and prep the board. You expect that they'd start paddling into the deep and riding the waves.

Instead, they toss the board onto shallow water and start performing small neat tricks. All this while trying to balance and avoid falling.

If you're here to learn about the origins of this fantastic sport, then you're in the right place! Let's glide through the beginnings of skimboarding and how it has developed throughout the years to become the sport that it is today.

When Did Skimboarding Begin?

The beginnings of skimboarding can be traced back to Laguna Beach, California, in the 1920s.

Two lifeguards in Laguna Beach, George Griffiths and his friend Jimmy, came up with the idea of using round discs made of redwood to help them slide easily across the water.

The sport actually remained small until the 1960s came in with a new design resembling a miniature surfboard.

The 1970s and Victoria Skimboards

Before 1976, skimboarding was actually called ‘skidboarding’. When Tex Haines and Peter Prietto started Victoria Skimboards, they decided to change the name of the sport to skimboarding. They felt that it gave a more positive description to the activity.

Victoria skimboard became a household name, and its popularity continued to grow. Eventually, the company became way more than just being a skimboard producer; it became a center of information and learning for the sport.

It didn't come as a surprise when skimboarding's popularity exploded after its success in 1976.  This was due to the hefty media coverage it received at that time.

It was also in 1980 when Victoria skimboard introduced the very first foam core skimboard that was covered in fiberglass and resin. This was the year when high-end surf shops began selling skimboards alongside surfboards.

The 1980s was a good decade, but it wasn't until the mid-90s that the sport became popular internationally.

Today there are many skimboarding events held worldwide that allow athletes to display their skills and talents. Some of these popular events are the European Skimboard League, United Skim Tour, and Skim USA.

Individuals who participate in these events may choose to join either flatland skimming or wave riding.

Skimboarding may have had a lackluster start, but its development throughout the years has made it a popular sport in its own right.

Looking at its colorful and eventful history and how it was able to bounce back even though it went through a slump for a short period, we can confidently say that skimboarding is here to stay!

What about you? Do you think you're ready to give it a chance? 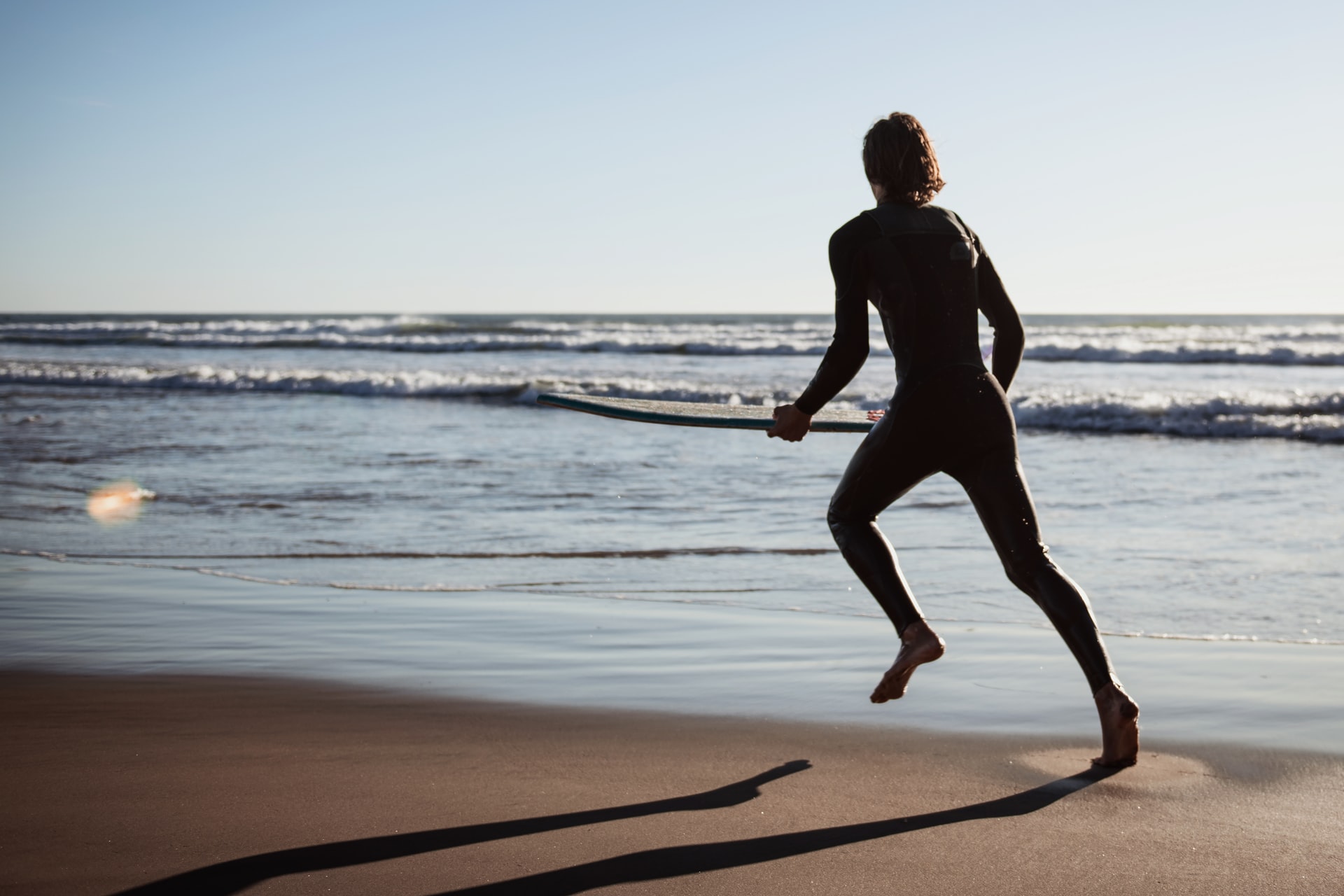 Skimming the Fat: Is Skimboarding a Good Workout?